Recently Faith invited one of our speakers, Karen Kimmey of Farella Braun & Martel LLP in San Francisco, to write a chapter on Opening Statements for Faith Pincus’ book,Being Heard: Presentation Skills for Attorneys . Karen has spoken at our programs for many years, including at our Superior Court Boot Camp almost every year since 2011.

Karen’s expertise and ability to teach is what led Faith to invite her to write this topic for her book. We’re reprinting it in portions on the blog, to give you a taste of what is in the book!

The following is Part I of a three part discussion about Opening Statements, written by Karen:

Every opening statement should have a theme.  The theme shared in the opening statement should be revisited throughout the case, and should be reinforced by the evidence.  As a result, it is critical that the attorney is well prepared and has an intimate understanding of the facts, deposition testimony, witnesses, evidence, strengths, weaknesses, and jury instructions.  This intimate understanding of the complete case will help the attorney develop the theme that will assist the jury in remembering and understanding the case from the client’s perspective.

Ideally, the theme will be one that resonates with jurors and is consistent with their existing views on how people act and what motivates behavior.  The theme should be relatable and not legalistic.  For example, a theme like  “this is a case about a defendant who made a promise, but then regretted it and is now trying to get out of the deal he made” is more effective than “this is a case about whether two parties formed a valid contract.”  Even the most complex or technical case should tell a human story.

In order to deliver a case winning opening statement, the attorney should be efficient, non-argumentative, trustworthy, persuasive and strategic. As far as efficiency, jurors are often anxious to hear from the witnesses and receive evidence.  In complex cases, the jurors may have been sitting around for days listening to the lawyers dig into their personal history and potential biases.  Candidly, by the time the jury in sworn, they are tired of hearing from the attorneys and prefer to see and hear something else.  As such, it is critical for the attorney to make good use of his or her time by providing the jury with a concise story of what occurred and what the evidence will show.   Counsel should aim to present the opening statement in as little time as he or she realistically can.  Rarely is it advisable to use all of the time permitted by the court for opening.

The opening statement is not argument.  An argumentative opening statement will likely draw a sustained objection from opposing counsel, frustrate the presiding judge, and cause the attorney to become distracted or flustered.  It is also important that the attorney does not oversell the evidence or testimony.  If the attorney is unable to deliver on the oversold evidence or testimony, opposing counsel will remind the jury at closing.  It is best to under-sell and over-deliver.  Of course, the opening statement is also not merely a neutral recitation of facts – it should persuade through a clear and strategic recitation of the facts, not through argumentative rhetoric.

Before presenting an opening statement to the jury, counsel should review the opening with colleagues and others with little or no familiarity with the case.  If the case is not sufficiently large to justify a formal mock trial or retention of a jury consultant, family members, friends and law firm staff can be excellent sounding boards!  Obtain feedback on the proposed theme.  Push for honest reactions; explore the listeners’ questions and evaluate the effectiveness of the approach.

Occasionally we share parts of or written materials created by our speakers for our programs. Below is an excerpt on Motions for Summary Judgment from a long time speaker who also happens to be a federal court clerk at the United States District Court in California.

In federal court, a party may move for summary judgment on a claim or defense, or a part of a claim or defense (partial summary judgment). “The court shall grant summary judgment if the movant shows that there is no genuine dispute as to any material fact and the movant is entitled to judgment as a matter of law. The court should state on the record the reasons for granting or denying the motion.” FRCP 56(a).  In ruling on a motion for summary judgment, the Court’s role is not to weigh the evidence (or make credibility determinations), but only to determine if a genuine issue of material fact exists.  .  Anderson v. Liberty Lobby, Inc., 477 U.S. 242, 249 (1986).  In determining if any genuine issues of material fact exist, the evidence of the opposing party is to be believed, and all reasonable inferences that may be drawn from the facts placed before the Court must be drawn in favor of the opposing party.  Matsushita Elec. Indos. Co. v. Zenith Radio Corp., 475 U.S. 574, 587 (1986).

A genuine issue is one in which the evidence is such that a reasonable fact-finder could return a verdict for the non-moving party.  Anderson, 477 U.S. at 248-49. A material fact is a fact that might affect the outcome of the suit under the governing law.  Id.

The moving party has the burden of informing the Court of the basis for its motion for summary judgment, and identifying the evidence, if any, “which it believes demonstrates the absence of a genuine issue of material fact.” Celotex v. Catrett, 477 U.S. 317, 323 (1986). That evidence can consist of the pleadings, depositions, answers to interrogatories, admissions, documents, and affidavits and declarations.

When the moving party does not have the burden of proof at trial on a dispositive issue, the moving party may meet its burden for summary judgment by showing an “absence of evidence” to support the non-moving party’s case.  Id., at 325.

The non-moving party is required by Rule 56(e) to go beyond the pleadings and designate specific facts demonstrating that there is a genuine issue for trial.  Id. at 324. Conclusory allegations unsupported by factual materials are insufficient to create a triable issue of fact so as to preclude summary judgment.  Hansen v. United States, 7 F.3d 137, 138 (9th Cir. 1993). However, to establish the existence of a factual dispute, the opposing party need not establish a material issue of fact conclusively in its favor. It is sufficient that the “claimed factual dispute be shown to require a jury or judge to resolve the parties’ differing versions of the truth at trial.”  First Nat’l Bank of Arizona v. Cities Serv. Co., 391 U.S. 253, 290 (1968).

However, this deadline will almost always be different, so, as always, you need to check the Local Rules, your judge’s local rules, and your case’s Scheduling and Case Management Order.

Motions for summary judgment can be brought as soon as you have enough uncontroverted evidence to establish your case. However, under Rule 56(d), if discovery has not yet closed, the opposing party can claim that “it cannot present facts essential to justify its opposition.” If the Court finds the opposing party’s claims meritorious, it can defer consideration of or deny the motion or allow additional time for discovery. However, Rule 56(d) requires the filing of an affidavit or declaration that demonstrates the “specified reasons” why the opposing party cannot present the facts essential to justify its opposition.  Thus, conclusory statements in the brief are not enough.

And, do not forget that Local Rules may require you to meet and confer prior to filing a motion for summary judgment.  See, e.g., Central District Local Rule 7-3.

2.     The introduction should tell the Court your side of the story in summary format, including why you win under the law and as a matter of fairness.

3.     Have a theme that is presented in the introduction, and return to it throughout your brief(s).

4.     Be organized! Make the Court’s job easy by making the facts and law contained in your brief easy to read, understand, and find. Headings that are meaningful are key.

5.     Lead with your strongest argument.

6.     But, be sure you deal with any contrary authority. Better to lose a motion than to lose your credibility with the Court. Once it’s gone, it’s extremely difficult to regain.

7.     Be an advocate for your client, but do not be nasty or unprofessional.

8.     Start your Opposition as soon as possible, even before you receive your opponent’s Opening Brief. The Opposition and all the supporting evidence is incredibly time consuming to draft and organize, and you may only have seven days in which to do it.

9.     Some judges and law clerks really do read the Reply first, so do not simply cut and paste from your Opening Brief. The Reply is a huge opportunity to tell the Court what your opponent failed to address/argue or why their evidence and argument is inferior to yours (and, in either case, why you win).

10.  Other judges and law clerks read the Statement of Undisputed Facts/Separate Statement (where required) first. Follow the format required, if one is given. Otherwise, make it easy-to-read for the Court. In addition, have as few facts as possible in your Separate Statement – not every fact you use in your brief must be in the Separate Statement, only the material facts that you are relying upon.

Tips Regarding Motions for Summary Judgment

1.     Generally, all evidence must be provided to the Court, even if previously submitted in connection with another motion.

2.     Organize your evidence as if for trial – tabs, labels, table of contents, etc. And, follow all the Local Rules and the judge’s local rules, no matter how silly they seem – they matter to your judge!

3.     Do not submit blanket or boilerplate objections – this is a waste of time and resources.

6.     If the other side files a motion for summary judgment and you agree that the issue is a matter of law, consider a cross-motion and a stipulated set of facts.

7.     Do not attempt to sidestep the page limitation by filing multiple summary judgment motions or using crazy margins and/or font sizes – ask the Court for more pages if you really need them.

10.  Know the deadline for filing your motion for summary judgment, which is different than the last day for it to be heard. 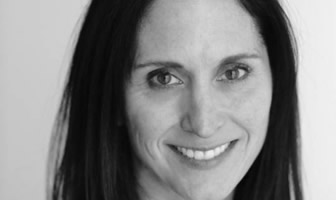 Our speakers are always providing our attendees with helpful tips for their practice, and Jill Kopeikin of Kopeikin Law, is no exception. Jill is one of those speakers who provides fantastic handouts for every topic on which she speaks and she is an attendee favorite!  Jill has spoken at many of our annual Superior Court Boot Camps and Federal Court Boot Camps.

So, there are a few things you need to know and think about when it comes to the Final Status Conference.
Written by Jill Kopeikin of Kopeikin Law

Jill’s law firm, GCA Law Partners, publishes its own blog with some interesting articles. You can find that blog here.

Want to know more about litigation? You can find upcoming programs and audio packages for past litigation boot camps at these links:

Our speakers are always providing our attendees with helpful tips for their practice, and Karen Kimmey of Farella Braun + Martel is no exception!  When she speaks at our CLE programs, Karen provides great handouts. She provided one on Summary Judgment Motions not too long ago. Here are a few simple tips to improve your briefs: