Jury Selection: What Happens When…? (FL)

Jury selection is a difficult process. There are so many ways an attorney can aid or hinder his or her case when selecting their jury, in voir dire, or with the questionnaire.

In this audio program, trial attorneys (civil and criminal), judges and jury consultants teach you how to get it right, how to improve your skills at selecting a jury, and how to avoid classic mistakes.

You will also listen to a mock jury selection session.

The Law of Jury Selection: focus on ethics

Finding Out About Jurors

Demonstration and Analysis of Jury Selection

“I have utilized all of the service providers that I noted in the survey and truly felt I received great service from each.  My favorite continuing legal education seminar provider, Pincus Professional Education is particularly noteworthy though.  I have attended about five Pincus seminars.  Each was phenomenally packed with useful content and had presenters/speakers of the highest skill level.  I would unhesitatingly recommend Pincus to other lawyers and am already planning my next couple of seminars with this CLE provider.”  – Quote from The Recorder’s ‘Best of CA 2013′ survey 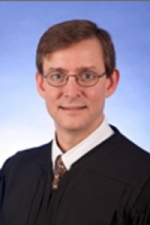 After law school, he worked for Steel Hector & Davis and Sonnett, Sale & Kuehne. In 1994, he co-founded de la O & Marko. Judge de la O was an AV-rated trial and appellate lawyer, serving as lead counsel in more than 40 criminal and civil jury trials and 25 appeals. Judge de la O is assigned to the Criminal Division, where he has presided over more than 30 felony jury trials. 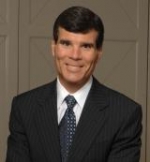 Gonzalez is a Governor of The Florida Bar and has served on its executive committee. Mr. Gonzalez is an appointed member of the National Board of Trustees of the National Institute of Trial Advocacy (NITA) and an elected member of the American Board of Trial Advocates (ABOTA). He is Past President of the Dade County Bar Association, Past President of the Dade County Trial Lawyers Association, a former Director of the Academy of the Florida Trial Lawyers and a former member of the Florida Supreme Court Judicial Ethics Advisory Committee. Gonzalez also served as a member and Subcommittee Chairman of the Florida Bar’s Committee on the Rules of Civil Procedure.

Mr. Gonzalez has 27 verdicts in excess of a million dollars – including a .1 Million verdict in a wrongful death case and the highest award in a Federal Tort Claims Act Case – a Million award for Medical Malpractice. He has settled numerous multi-million dollar cases throughout his career, including a 0 Million Settlement with SCI Corporation for the desecration of graves in a Jewish Cemetery. Many of his verdicts have ranked among the top verdicts in America.

Eric Gressman is a Partner in the Miami office of Kelley Kronenberg PA, focusing his practice on all aspects of liability and casualty defense.

Prior to joining Kelley Kronenberg PA, Eric served for more than 35 years as an Assistant County Attorney at the Miami-Dade County Attorney’s Office. During his tenure there, Eric served as the Chief of the Torts Section and received an award for exemplary service.

In addition, Eric is a Legal Research & Writing Instructor at the University of Miami School of Law and was co-author, Necessary and Proper Roots of Exceptions to Federal Jurisdiction, 51 Geo. Wash. L. Rev. 495 (1983).

Eric was nominated as the Note Editor of a law review.  He has published articles on jurisdiction and international law in George Washington University Law Review and law review at the University of Michigan.

Mr. James has extensive litigation experience at trial and appellate levels and has successfully practiced in federal, state, and administrative courts throughout the states of Florida and California.  Mr. James represents operating business debtors in Chapter 11 reorganizations, individuals and businesses accused of financial fraud, and trustees in bankruptcy matters.

Prior to joining the firm, Mr. James served as a state and federal prosecutor, as well as a trial attorney for the United States Department of Homeland Security.  He has led or co-tried more than 30 trials and has secured jury convictions for many serious felony offenses, including aggravated stalking, armed robbery with a firearm, child abuse, and aggravated assault on law enforcement with a deadly weapon.  He has investigated and tried high-profile human rights violation cases and extradition proceedings, and has presented more than 100 cases for indictment to federal grand juries.  Mr. James has authored numerous appellate briefs and has argued and prevailed before the United States Court of Appeals for the Ninth Circuit.

Mr. James is a marathon runner, triathlon competitor, organizer of the Law Enforcement Torch Run for Special Olympics, and the former Vice-President of the Board of Directors of the Alachua County Humane Society.

Prior to forming his own firm, The Law Offices of Neil D. Kodsi, Mr. Kodsi worked for large national and/or regional law firms, where he was one of the “go-to” trial lawyers for those firms for complex cases involving highly complicated expert testimony. Simply put, Mr. Kodsi is — first and foremost — a trial lawyer.

Mr. Kodsi’s skills as a trial lawyer have been recognized nationally and locally. He has received public recognition for his skills as a trial advocate in a wide array of cases, ranging from representation of Fortune 100 corporations in high-profile complex wrongful death cases to serving as pro-bono trial counsel representing thousands of Florida Citizens seeking Medicare coverage.

Most recently, in March 2012, Neil served as pro bono litigation counsel for a group of autistic children seeking to defeat another Florida State Policy — one that was denying coverage for behavioral therapy for the more than 8,500 autistic children in Florida covered by Medicaid. After a four-day trial in front of U.S. District Court Judge Joan Lenard, Mr. Kodsi and his co-counsel obtained an Order requiring the State of Florida to provide this treatment for all autistic children in Florida covered by Medicaid. In her Order, Judge Lenard referred to this case as one of the most important cases she has heard in her sixteen years on the bench. This case also has received substantial national media attention.

Mr. Rubin has 41 jury trials to verdict and is rated "5.0" by Martindale-Hubbell Law Directory. He is experienced in multiple areas of law practice, including medical and legal malpractice, employment law, personal injury, insurance and liability, automobile accident claims, and community association litigations. He was a District Attorney for Westchester County from 1983-1986 and he was the Assistant Editor for Insurance, Negligence and Compensation Law Journal from 1992-1995.

Beranton J. Whisenant, Jr. is an Assistant United States Attorney for the Southern District of Florida in the Criminal Section. Before joining the Department of Justice, Mr. Whisenant was a partner Foley & Mansfield, PLLP-Miami where he focused his legal practice in civil litigation, product liability, contracts, personal injury, wrongful death, and medical malpractice defense.  Mr. Whisenant also served as an Assistant State Attorney in in Jacksonville, Florida.

Note: This program is no longer approved for CLE credit in Florida.

FL General: This course is no longer approved for credit. CLE expired on October 18, 2017.

FL CLE Specialization Credit: This course is no longer approved for Board Certified credit. CLE expired on October 18, 2017.