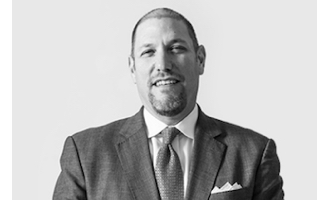 Steven will be on the faculty panel at our upcoming The Art of Jury Selection: Getting it Right in Chicago on November 29! This is Steven’s first year speaking with us, and we can’t wait for his presentation!

A seasoned trial lawyer with more than two decades of experience, Steven litigates a wide variety of civil matters including class action, mass torts, personal injury, products liability, toxic tort, environmental, automotive, and transportation cases. He also has a record of success representing both defendants and plaintiffs, from Fortune 500 companies, medium, and small businesses to individuals, in class action cases. Most recently, Steven obtained a $100 million-plus settlement for a class of farmers and small businesses in an antitrust class action suit in the Northern District Federal Court in Chicago. Steven received a 2013 Jury Verdict Reporter Trial Excellence Award for his work on this case, the highest reported Illinois verdict/settlement in 2013.

Steven has tried cases to successful jury verdict throughout the country and has argued before State and Federal courts of appeal. His practice includes State and Federal trial work in construction and premises liability actions. It was Steven’s work in the latter arena that led Kohl’s to nominate Steven’s firm as a “Go-To” Litigation Law Firm in American Lawyer’s 2012 survey. Steven also represents corporations and individuals in employment-related matters.

Steven serves as National Coordinating and Trial Counsel for several Fortune 500 companies in asbestos and environmental litigation. He is National Coordinating and Trial counsel for DHL transportation litigation. He has tried cases in Illinois, New York, Texas, Indiana, California, and Wisconsin for manufacturers and premises owners. He has developed extensive experience in epidemiology, medical causation, industrial hygiene, accident reconstruction, and biomechanics.

Steven is a published legal author and frequent lecturer. His writings have been published by the Illinois Institute of Continuing Legal Education, including “Using Expert Witnesses: Principles and Pitfalls.” Steven is also an adjunct professor in trial advocacy at Chicago-Kent College of Law. Numerous bar associations and legal organizations have asked him to speak at distinguished events.

Steven was recently appointed to the 47th Ward Democratic Organization Judicial Review Committee, where his committee will be responsible for interviewing, vetting and slating Cook County Judicial Candidates for election.
A resident of Chicago, Illinois, Steven is married to Jill Hart, and together they have two daughters and a son.