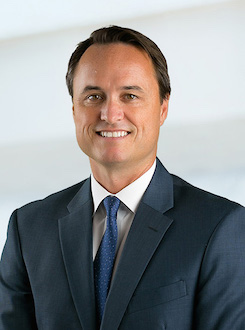 Our latest featured speaker is Scot Wilson from Robinson Calcagnie!

Scot will be speaking at our upcoming 15th Annual Federal Court Boot Camp in Los Angeles on May 3rd! He has spoken for us several times since 2013. At our How to Master the Deposition seminar in 2018, Scot received outstanding reviews from attendees. We’re glad to have you, Scot!

Scot has been an attorney since 2002. He has over 17 years of experience representing clients in personal injury‚ wrongful death, consumer protection, employment, business, and class action cases. In addition to personal injury and wrongful death cases, Mr. Wilson also handles class action cases. Scot was one of the trial lawyers in the landmark In re Tobacco II class action trial on behalf of California consumers in which Philip Morris was found to have fraudulently and deceptively marketed Marlboro “Light” cigarettes as being safer and healthier than regular cigarettes.

Before joining Robinson Calcagnie in 2010, Scot was previously a shareholder at a business litigation firm in Newport Beach for six years where he represented clients in business, employment, and class action litigation. Before that, he was an associate at an international law firm in Irvine for two years. Mr. Wilson previously clerked for Judge William J. Rea in the United States District Court for the Central District of California. He also served as a pro bono Deputy District Attorney with the Orange County District Attorney’s Office Trial Attorney Partnership Program.

Scot has been named a Super Lawyer by Los Angeles Magazine for his work. In 2018, Mr. Wilson was a recipient the prestigious California Lawyer Attorney of the Year (“CLAY”) Award.