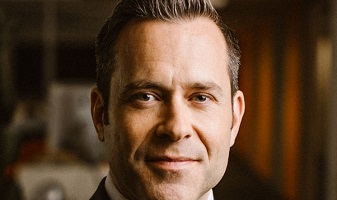 Our latest featured speaker is Ryan McNamara from Call & Jensen!

Ryan will be speaking at our upcoming 14th Annual Superior Court Boot Camp in Los Angeles on November 8th. We’re looking forward to it, Ryan!

Ryan McNamara is a shareholder who practices in the areas of general business litigation, ADA litigation, employment litigation, product liability, and class actions.

Prior to joining Call & Jensen in January of 2007, Mr. McNamara enjoyed four years as an associate at the renowned plaintiffs’ litigation firm Girardi & Keese. While at Girardi & Keese, Mr. McNamara gained valuable experience in the areas of mass torts, premises liability, and product liability. In 2002, Mr. McNamara was awarded a Doctor of Jurisprudence degree from Pepperdine University School of Law. As a graduate student at Pepperdine Law, Mr. McNamara excelled in the art and science of trial advocacy. As a leading member of Pepperdine’s Honors Trial Advocacy Team, Mr. McNamara received the International Academy of Trial Lawyers’ Student Advocacy Award and was admitted to the Order of the Barristers. In 2001, he was certified in Alternative Dispute Resolution by the top-ranked Straus Institute for Dispute Resolution. Mr. McNamara earned his Bachelor of Business Administration from The University of Texas at Austin in 1996.

For nine years, Mr. McNamara has been featured by Los Angeles Magazine as a “Rising Star” – a distinction reserved for just two and one-half percent of the attorneys in Los Angeles and Orange County. Rising Stars are lawyers who are under 40, or who have been practicing ten years or less, selected for excellence in the practice of law.