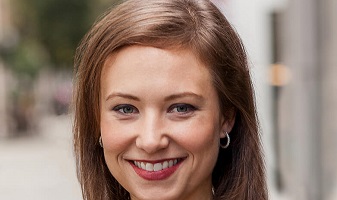 Our latest featured speaker is Evangeline Burbidge from Lewis & Llewellyn!

Evan is a leader in the legal community, a trusted counselor, and a skilled advocate. Whether litigating a case or advising a client, Evan understands the importance of the big picture. She also knows that being an effective litigator means not only fighting hard, but also being a proactive problem solver. She is a straight-shooter respected by both colleagues and opposing counsel.

Evan litigates and advises on a broad array of matters, including complex commercial cases, trade secret theft, fraud, breach of contract, and other business disputes. Since joining Lewis & Llewellyn, she has worked for Fortune 100 companies, individuals, and Silicon Valley start-ups, both litigating and conducting internal investigations. Evan has worked on both the defense and plaintiff’s side, successfully representing a billion-dollar company against allegations of wrongdoing and, more recently, securing her client a victory in connection with allegations of trade secret theft. Outside of the business context, Evan has also represented survivors of childhood sexual abuse, helping them achieve justice through the legal system.

Evan is also active in the legal community. She has served on the Executive Committee of the BASF Barristers’ Litigation Section for the past four years and was elected chair from 2016 – 2018 and is also a member of the Edward J. McFetridge Inn of Court. She also spearheaded efforts to increase the profile of female leaders in the field and is an active mentor. Evan has been selected as a Northern California Rising Star by Super Lawyers Magazine for the past four years, an honor reserved for 2.5% of U.S. lawyers, and has been profiled by the Bar Association of San Francisco and the Justice & Diversity Center. Most recently, she was named to Benchmark Litigation’s 40 & Under Hot List, which honors partners 40 or younger who have been deemed the most promising emerging talent in their litigation communities by peers and clients.

A Utah native, Evan loves skiing and trying to teach her children to do the same. She also enjoys learning about clean tech, supporting local theater, and demonstrating her uncanny ability to recognize obscure celebrities.