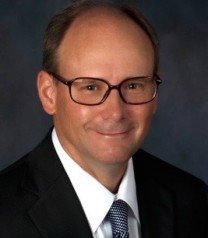 Jeffrey Fleming was appointed Orange County Judge in 2002 and Ninth Circuit Judge in 2006. Following his appointment, Mr. Fleming was later elected to each post without opposition. He also had the privilege of serving as Associate Judge on the Fifth District Court of Appeal.

Before he was a judge, Jeff was a trial lawyer. He tried cases in both state and federal court and also appeared as appellate counsel. As a judge, he presided over a wide variety of matters including all types of civil, criminal, domestic, juvenile, probate, guardianship and mental health cases.

In 2013, after 11 years on the bench, Jeff decided to resume his practice as a Board Certified Civil Trial Lawyer and to develop an active mediation practice. He now devotes his time as a Florida Supreme Court Certified Circuit, Appellate and Family Law Mediator as well as a Certified U.S. District Court Mediator – Middle District of Florida. Jeff has also served as an arbitrator and has been appointed as a Special Magistrate in multiple jurisdictions.