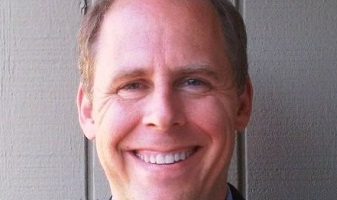 Greg will be speaking at our upcoming Tax Law Certified Legal Specialist Exam Prep course in Los Angeles on August 22nd and 23rd. He has spoken for us several times, and we’re so glad to have him back!

Gregory Zbylut has been a tax manager with Singer Burke Zimmer, LLP since 2018. He is a Certified Public Accountant (IL) and Attorney at Law (IL & CA) with a Certification in Taxation Law (CA). He is a Martindale-Hubbell® AV-Preeminent®-rated attorney who focuses his practice on tax controversy, business transactions (including formations and dissolutions) and business litigation.

Greg’s work has repeatedly been recognized by his peers. He has been listed as a “Rising Star” (a peer-nominated distinction awarded to less than 2% of attorneys nationwide) every year since 2012, and a SuperLawyer in 2018 and 2019. He was also a Pasadena Top Attorney from 2013 to 2016, and then again in 2018. Greg is a member of the Los Angeles County and Beverly Hills Bar Association Tax Sections, both of which he previously co-chaired.

Greg also participates in Bar delegations to Sacramento and Washington D.C., where he works with government officials to discuss current law from a practitioner’s perspective. Legislators have taken notice: in 2014, assembly bill 2244 (AB2244) was introduced in response to his presentation as part of the State Bar of California’s first Sacramento delegation in February 2013 (later published in the July 10, 2013 issue of State Tax Notes magazine, a Tax Analysts® publication). That presentation also led to his being invited to participate in the State Bar’s annual Eagle’s Lodge retreat, an invite-only event consisting of high-level state tax officials and private practitioners whose purpose is find solutions to tax issues affecting California taxpayers. On the federal tax side, he has traveled to Washington D.C. annually since 2012, presenting proposals on the Marketplace Fairness Act, late ‘S’ elections, and cancellation of debt.

One of Greg’s strengths is his ability to help business owners understand complex legal issues, a skill which comes from his extensive accounting background. In addition to being licensed in Illinois as a Certified Public Accountant, he spent 15 years in a variety of accounting positions for companies large and small, including Fortune 500 members Exelon and General Motors. His experience includes developing accounting structures for small companies, migration of the accounting software for a major corporation, cost reduction initiatives, budgeting and forecasting, and financial analysis. He holds an M.B.A. with an emphasis in International Business and Finance from Loyola University of Chicago’s Graduate School of Business. Greg enjoys international travel and, in another life, trained at Second City in Chicago.