This program is for both immigration and criminal law attorneys – if you are not up on the latest consequences of criminal convictions for your immigrant clients, you need to take this course!

Criminal convictions have wide ranging consequences for individuals trying to immigrate to the US, or non-residents trying to stay in the US, and it’s a tricky area of the law that both immigration and criminal law attorneys need to know thoroughly.

This program will go over the traps and difficulties that affect your client’s future when they are facing criminal charges, and what you can do about them, including:

This program was recorded live on March 22, 2022.The recorded packages are now available in audio or video format and includes seminar materials.*

Convictions and Sentences/Terms of Imprisonment

“All speakers were very well versed in their subject and interesting. The visual aids were very good, and I look forward to putting the slides in a notebook for myself.”

“I learned something new about Crimmigration. I liked the question and answer format of the presentation.” – David Gomez, Esq.

“Wonderful content and love the way it was explained in detail! Answered all questions!”

“It was great program. Overall all speakers were very knowledgeable.”

“Sabrina and Juliana are most impressive, very detailed slides with references which are helpful.”

“The presenters were great, and their information was very informative.”

“It was great and very informative.”

“It was an excellent program.”

“It was great and well done.”

“The program was very good.” 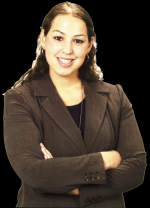 Sabrina Damast practices in the areas of immigration and nationality law and post-conviction relief.  Before opening her own law practice, Sabrina served as a judicial law clerk in the Los Angeles Immigration Court and worked as an immigration attorney in private practice.  As a law clerk, she conducted research and wrote more than two hundred decisions for dozens of Immigration Judges. She developed an expertise in all forms of deportation defense, including applications for asylum, permanent residence, NACARA, fraud waivers, and criminal waivers.  As an attorney in private practice, she solidified these skills by representing clients threatened with deportation.

Sabrina is an active member of the American Immigration Lawyers Association and the Los Angeles County Bar Association. In her spare time, she enjoys singing, swing dancing, and musical theater, and she is the leader of a local Girl Scout troop.  Sabrina is a member of the New York and California Bars and is admitted to the Central District of California, the Ninth Circuit Court of Appeals, and the United States Supreme Court.  She frequently publishes articles, teaches CLEs, and gives presentations on immigration law. 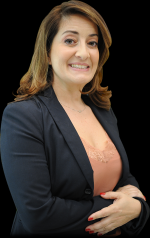 Juliana G. Lamardo was born in São Paulo, Brazil. When she was 8 years old, her parents made the difficult decision to leave Brazil in search of a better life. Juliana’s father obtained an L-1A visa and moved the entire family to the United States. In 1994, Juliana became a lawful permanent resident and then a U.S. Citizen in 2001. Juliana experienced the immigration process firsthand and knows how apprehensive it can be.

Juliana attended Florida International University in Miami and earned a Bachelor’s in Business Administration in 2003. Following her mother’s footsteps as an attorney, Juliana attended law school at Barry University School of Law in Orlando, Florida. She graduated in 2007. It was in law school where her desire to help other immigrants came to life.

Juliana opened the Law Offices of Juliana G. Lamardo in 2016. She was previously a Senior Associate Attorney with a private immigration law firm for over six years, where she handled thousands of cases. She concentrates in the areas of deportation defense, bond hearings, deferred inspections, family-based residency, Citizenship, and naturalization.

She is a frequent speaker at various immigration-related seminars including the American Immigration Lawyers Association (AILA), Pincus Professional Education, and the Association for the Studies of the Cuban Economy (ASCE). She was also a regular guest speaker on Almavisión radio (87.7 FM) on issues related to immigration.

She has been licensed by the Supreme Court of Florida and the United States District Court, Southern District of Florida Division since 2008. She is also a member of the Florida Bar and is licensed to practice immigration in all 50 states.

Juliana is fluent in Portuguese, Spanish, and English. She understands the complexities associated with immigration procedures and she applies her knowledge and background to competently assist those who wish to build a life in this country. 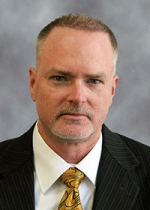 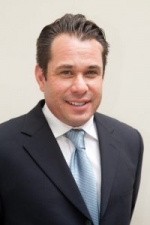 Manny practices out of the Seattle office. He has been practicing immigration law since 1997, and his practice has been dedicated exclusively to immigration-related legal matters since 2001. Manny’s experience, knowledge, and leadership in the immigration field have made him a frequent local and national lecturer/speaker and author on removal, detention, and professional responsibility issues. Manuel currently serves or has served as the chair/co-chair of the Immigration and Customs Enforcement (ICE) Liaison committee, Executive Office for Immigration Review (EOIR) Liaison committee, and Unauthorized Practice of Law/Professional Responsibility (ULP/PR) committee for the American Immigration Lawyers Association, Washington Chapter. In 2009, Manny was recognized by the Latino Bar Association of Washington as its Miembro Exceptional, for his pro-bono work against notarios in the Latino community. 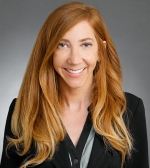 CA General:  This program is approved for 3.25 units of general CLE in California.

FL General: This program is approved for 4.0 units of general CLE in Florida through September 30, 2023.

WA General: This program is approved for 3.25 units of general CLE in Washington.