This terrific, practical, three-hour course will teach employment attorneys how best to get cases into mediation (and when to do so), persuasively explain their case to the other side through the mediator, break any impasse, negotiate to get the best monetary (and non-monetary) result.

The speakers will tell you how to document the settlement with an enforceable written agreement that complies with all of the new laws regarding confidentiality, non-competition, re-hire, and enforceability.

Our faculty of leading employment law attorneys and our mediator will provide the concrete tools to resolve cases, more quickly. Our panelists will also cover the ethical rules applicable to mediation.

This program was recorded live on February 3, 2022. The recorded package, available in audio or video format and including seminar materials, is available now.*

Have you ever thought about improving your public speaking skills? Now is the time! Get Faith Pincus’ book Being Heard: Presentation Skills for Attorneys, from the ABA now (ABA members receive 10%-20% off). Or – you can order a signed paperback from us at a discount here (free shipping). It is also available on Amazon in Kindle and paperback versions.

“The speakers were very knowledge and effective. I didn’t even get bored.” – Robert Anderson, Esq.

“It was well done and well presented.”

“I appreciated the anecdotes and details – really provided good examples.”

“Incredibly insightful.  Will recommend to others.”

“Very good program. The presenters were all very good and provided great insight.”

“I was able to learn something new and learn how mediators view differently than attorneys.”

“Very informative both procedurally and tactically. It was interesting to learn the perspective of both defense and plaintiff’s counsels.” John Barber is a partner in the Los Angeles and Orange County offices of Lewis Brisbois, Chair of the Labor & Employment Practice, and a member of the firm’s Management Committee. His practice is dedicated exclusively to representing and counseling employers in employment-related matters, including litigation, appeals, risk management, policy preparation, and training.

He represents employers in State and Federal Courts, both in California and across the United States, and has extensive experience appearing before all state and federal employment-related agencies, including the California DFEH, DLSE, and EDD, and United States EEOC, and Department of Labor.

Mr. Barber’s practice has a particular emphasis, in addition to single-party discrimination, harassment, retaliation and wrongful termination actions, on wage-and-hour class action litigation. He has defended dozens of class actions, and has specifically defeated Motions for Class Certification. Mr. Barber also serves as one of the principal, lead trial attorneys in the Practice Group, with numerous successful verdicts. He is also a member of the Crisis Management Practice and regularly manages crises pertaining to employment matters.

Mr. Barber served on the California State Bar’s Executive Committee, Labor and Employment Law Section (2008 – 2013) and was an advisor to that committee for years. He was a member of the Judicial Appointments Committee of the Los Angeles County Bar (2009-2014) and is currently a member of the Los Angeles  County Bar’s Judicial Election Evaluation Committee (2012-present). He also lectures and writes extensively.

Active in the community as a member of multiple philanthropic and civic organizations, Mr. Barber is married with three children. 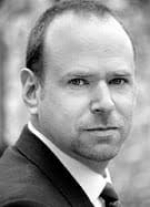 Andrew H. Friedman, a name partner with the law firm of Helmer · Friedman LLP, primarily represents employees in all aspects of employment law including not only individual discrimination, harassment, retaliation, and accommodation cases but also complex multi-party wage and hour class actions. Mr. Friedman received his J.D. degree from Cornell Law School and his B.A. degree in history and psychology, cum laude, from Vanderbilt University. At Cornell, Mr. Friedman was a member of the Board of Editors of the Cornell Law Review and a member of the Moot Court Board. Following law school, Mr. Friedman served as a judicial law clerk to the Honorable John T. Nixon, United States District Court for the Middle District of Tennessee. Subsequently, Mr. Friedman was trained as an employment attorney by two of the Nation’s most prestigious management-side employment law firms – Paul, Hastings and Bryan Cave LLP.

Mr. Friedman served as Counsel of Record in Lightfoot v. Cendant Mortgage Corp. et. al. (Case No. 10-56068) where he successfully convinced the U. S. Supreme Court to grant the petition for certiorari that he filed on behalf of his clients. In January 2017, the Supreme Court, in a unanimous decision authored by Justice Sotomayor, reversed the Ninth Circuit and ruled in favor of Mr. Friedman’s clients.

Mr. Friedman has received the highest possible Martindale-Hubble rating ("AV"), indicating that he is ranked at the highest level of professional excellence with "very high to preeminent legal ability" and "very high" ethical standards as established by confidential opinions from members of the Bar. Law & Politics Magazine and the publishers of Los Angeles Magazine selected Mr. Friedman as a 2006 – 2021 Southern California "Super Lawyer" in the category of Labor and Employment Law. Additionally, in 2020 & 2021, Super Lawyers named Andrew H. Friedman to its list of the Top 100 Super Lawyers in Southern California and Lawdragon named Mr. Friedman to its list of the nation’s top 500 plaintiff employment and civil rights attorneys. 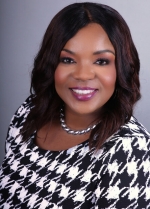 A practicing attorney for 25 years and named a "Best Lawyer in America" for employment and labor law, Angela Reddock-Wright is an employment and labor law mediator, arbitrator, workplace, and Title IX investigator, and the Founder & Managing Partner of the Reddock Law Group based in Los Angeles. In addition to her own firm, Angela is on the panel of mediators and arbitrators at Judicate West, a private dispute resolution firm.

Angela also is on the mediation panel for the United States District Court, Central District, and teaches in the mediation programs at USC Gould School of Law and California State University Dominguez Hills.

In recent years, Angela has worked on numerous projects of consequence to the Los Angeles ecosystem, including serving as a co-Administrator for the Project Labor Agreement (PLA) for the City of Inglewood’s So-Fi Stadium; in the wake of the "Me Too" movement, serving as a consultant to the Screen Actors Guild (SAG-AFTRA) on critical revisions to its member policies relating to the reporting and investigation of claims of sexual harassment; and as the Compliance Manager for the multi-billion dollar LAMP construction project at LAX.

Angela also has been the lead investigator and mediator in numerous national and international cases this past year resulting from the #BlackLivesMatter movement, the #MeToo Movement, the COVID-19 pandemic, and other trending cases and issues involving the workplace.

In addition to her life as an attorney, Angela is committed to public and community service and has served on numerous government and public agency boards, including the State of California Board of Barbering & Cosmetology, the Los Angeles County Small Business Commission & Local Government Oversight Commission, and the City of Los Angeles Transportation Commission. She also is a past president of the Southern California Mediation Association and a former Member of the Los Angeles County Bar Association Board of Trustees.

Angela considers herself a global citizen and travels abroad frequently both in her business and personal life. She has been fortunate to be a part of travel delegations to Europe as a German Marshall Fellow and to Israel with the Jewish Federation of Los Angeles.

Angela is a frequent speaker, published author, blogger and go-to legal analyst in both national and local television, radio and print media on employment law and workplace issues and trends. Currently, she is the host of the KBLA Talk 1580 radio show "Legal Lens with Angela Reddock-Wright."

Angela is passionate about her work and working with employers and employees to create great, healthy, and thriving workplaces.

This program will be recorded live on February 3, 2022.

CA General: This program is approved for 3.25 units of general CLE in California.
CA Ethics: Includes 1.0 unit of ethics credit.

This program is approved for CLE in the states listed above. Upon request, Pincus Pro Ed will provide any information an attorney needs to support their application for CLE approval in other states other than what is listed above.