This year’s 5th Annual Advanced Appellate Program will be held online due to Covid-19.  Approved for CLE in WA, OR and CA.

And, because we’re online this year we’ve shortened the program to three hours and concentrated on three critical topics:  Oral Argument, including online appearances; insider advice on brief writing; and unintended ethics violations during Covid-19.

Make sure you click on the Testimonials tab to read a ton of terrific reviews!

Prior programs are also available, year by year, or as a bundle:

4th Annual Advanced Appellate Conference
Or, for a limited time, get all four programs in one Bundle for only $649 and save $1050!!

Last but definitely not least, we still have a couple of CD packages from these conferences on clearance:

And, right now we have a few remaining prior Advanced Appellate conference CD packages on clearance from $25 – $50, while supplies last, new orders only.
This clearance sale applies to CD packages only – no downloads. If you cannot order one in a CD format, it means it has sold out.

This Webinar was recorded live and is available as either a video recording, audio only, or you can purchase both formats.

The recording date for this program is November 19, 2020. The audio and/or video packages, with seminar materials, will be available one to two weeks after the program.

“The program was great. Very good general advice for argument, and the panelists did a good job of wrapping in issues concerning Zoom arguments, etc.” – John P. Kinsey, Esq.

“I really liked the oral argument presentations. They were practical and applicable regardless of jurisdiction.” – Brooke L. Bove, Esq.

“I enjoyed all three sessions; they provided good information. The speakers were clear and to the point on their topics.” – William Jeffrey Davis, Esq.

“Speakers were all well prepared.” – Jason B. Saunders, Esq.

“Great program. I especially enjoyed the first panel because it was a little more boisterous, thanks to the amusing moderations by Mike King.” – Emily F. Dahl, Esq.

“Justice Gordon McCloud was excellent. She was engaging and very forthcoming with information regarding the inner workings of the court.” – Emily F. Dahl, Esq.

The following testimonials are from our previous Advanced Appellate Conferences held in Washington, with many of the same speakers.

“This was the best CLE I’ve attended in recent memory. It ticked every box I wanted.” – Sharon Blackford, Esq.

“High-level appellate practice seminars with this level of trainers is hard to find.” – Michael Lynch, Esq.

“Very useful, well-presented, excellent content. Very relevant. I used to work in appeals and now am a public defender. I love Pincus CLEs…Your CLEs are always well-organized, filled with useful and relevant content. I have attended others and really enjoyed them. Thank you.” – Anna Samuel, Esq.

“My expectations were satisfied/exceeded. I really found this seminar to be enjoyable and useful.” – Tim Higgs, Esq.

“Helpful to hear from judges and commissioners.” – Jennifer Freeman, Esq.

“My personal objectives were well satisfied because I have done a lot of appeal work.” – Jerome C. Scowcroft, Esq.

“The seminar is excellent. All topics were useful.”

“The writing section in the morning was incredibly helpful.”

“The writing section in the morning was incredibly helpful. There are so few appellate trainings that apply to criminal practice. I was particularly excited this one addressed brief writing and oral argument. It was helpful to have Judge Stephens’ perspective – good information on how to present written argument to the court. Sidney Tribe offered concise and helpful information. Good information from the commissioners.”

“Great! Judge Stephens was the best speaker of the day with the most practical advice.”

“I’m always amazed by the clarity and helpfulness of Judge Stephens’ comments. Michael King was a great speaker for the afternoon. I’ve never been at a training where this specific topic (raising issues on appeal and issue selection) was addressed so specifically. Very helpful. I appreciated the depths that the presenters went into on these topics.”

“Very helpful CLE. I’m very thankful for the nuts and bolts comments describing what is helpful to judges.”

“I loved this seminar and learned a lot.”

“Michael King is a great speaker.”

“The seminar is excellent.”

“I wanted to learn more specifics and I did. Judge Stephens’ insights on practical matters were great. Phil Talmadge’s style was really good.”

“The practice pointers and insights were more than worth the day’s investment.”

“Great course. I’ve been to several day-long courses. This was the first where I wasn’t bored…Excellent course! The contrasting views of the ethics discussion was really great. It was an excellent way to address the topic.”

“Even having handled a number of appeals, I still learned a lot of new, excellent information.”

“I received a lot of useful information. Judge Stephens and the Commissioners were very helpful. Solid advice from Ken Masters. Well-prepared.”

“Judge Stephens’ portion of the CLE was the most insightful.” 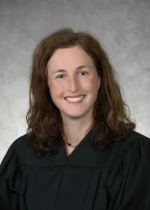 Commissioner Aurora R. Bearse was appointed as a Court Commissioner for Division Two of the Court of Appeals, effective May 1, 2012. Prior to her appointment, Commissioner Bearse served as an administrative law judge for the Washington State Office of Administrative Hearings. She has also served as a staff attorney for Division Two of the Court of Appeals, as an assistant appellate federal public defender in the Fifth Circuit, as an associate attorney at Weil, Gotshal & Manges (New York and Houston offices), and as a judicial law clerk for Judge Robert R. Beezer (9th Circuit) and Judge William H. Walls (DNJ).

Commissioner Bearse graduated with honors from Rutgers-Newark School of Law. She was the senior articles editor of the Rutgers Law Review. She holds a bachelor’s degree in Religion & History from Rutgers University. She currently is a volunteer judicial member of the WSBA’s Access to Justice Board Rules Committee. Before joining Division Two, she served as president and executive board member of the Seattle Children’s Autism Guild, an all-volunteer organization that raises funds for the Autism Center at Seattle Children’s Hospital. She continues to volunteer with various autism-related organizations to support people with autism and their families. 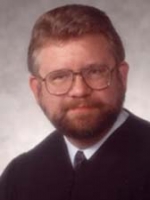 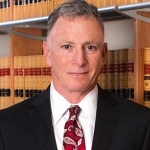 Howard M. Goodfriend is a principal in the Seattle firm of Smith Goodfriend, P.S., Seattle’s oldest appellate boutique.  Howard has argued hundreds of civil appeals in almost every substantive area of the law, representing individuals, publicly traded companies, small businesses, professionals, hospitals, state and local governments. He is co-editor-in-chief of the Washington State Bar Association’s Appellate Practice Deskbook and author of the Appellate Practice chapter of the King County Bar Association Young Lawyer Division’s Washington Lawyers Practice Manual.  Howard is a Fellow and a director of the American Academy of Appellate Lawyers, is a founding member and past president of the Washington Appellate Lawyers Association, and has been repeatedly recognized by his peers as one of Washington’s top ten appellate lawyers and top 100 lawyers.

Jeff’s practice focuses on the defense of lawyers in malpractice claims and grievances. He is a current member of the Washington State Bar Association’s Committee on Professional Ethics. He received his B.A. from Pomona College and his J.D. from the University of Washington. 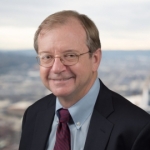 Michael B. King, a principal, came to the firm in 2008 with Greg Miller to join Jim Lobsenz and Jason Anderson in forming the firm’s uniquely experienced appellate group. Mr. King has focused exclusively on appellate litigation for over twenty years, and his practice is national in scope. He has represented clients before the Alaska, California, Illinois, Mississippi, Tennessee and Washington Supreme Courts, the Second, Ninth and Eleventh Circuits, and the United States Supreme Court, as well as all divisions of the Washington Court of Appeals and has presented over 140 arguments to full merits panels. He is a former partner in the firm of Lane Powell, where for ten years he co-chaired the firm’s appellate practice group.

Mr. King is a fellow of the American Academy of Appellate Lawyers. He has been named by Washington Super Lawyers magazine as one of the top attorneys in the state in the area of appellate law for every year since 2001. He has been selected by Best Lawyers in America as one of the best appellate lawyers in Washington State every year since the inaugural listing in 2007. He has held an "AV" Preeminent rating by Martindale-Hubbell since 1998. This rating is given to attorneys who demonstrate the highest ethical standards and professional ability. 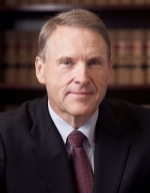 Both Audio and Video Recording & Materials Package for only $50 more!
CD or Download: $

*The Video recording is a video of the webinar (including audio).  The Audio recording is audio only, for those who may like to listen to it without visuals.  You do not need to order the Audio and Video package both if you only want to watch the webinar or only want to listen to it without visuals.  Both formats may be played on mobile devices but all must be downloaded to a computer first, due to the packages formatted as large .zip files that include documents.

This program is available for both Self-Study and Participatory CLE.*

CA General:  This program is approved for 3.0 units of general CLE in California.

OR General: This program is approved for 2.5 units of general CLE in Oregon.

OR Ethics: This program is approved for 0.5 units of ethics credit in Oregon.

*Participatory CLE:  For those states that make a distinction between self-study and Participatory CLE (CA, IL, NY), please write down the Verification Codes read out during the program by speakers or our announcer and email them to us at info@pincusproed.com and we will issue your Participatory CLE certificate.

Self-Study CLE certificates are already included in your recorded package, in the “Materials” Folder.