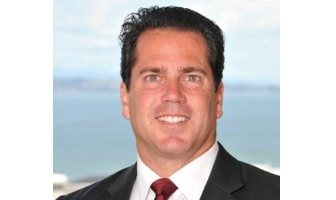 Our latest featured speaker is Damian Capozzola from The Law Offices of Damian D. Capozzola!

Damian D. Capozzola is a sole practitioner in his nineteenth year of litigation practice. Damian has handled significant litigation matters across a broad spectrum of industries and has represented some of the world’s largest defense contractors, food manufacturers and wholesalers, and telecommunications companies.

Damian has successfully first-chaired nine jury trials, three bench trials, and two arbitrations, and has contributed to successful trial results and settlements in a number of other matters while practicing at three leading national law firms and then since 2013 as founder of his own firm. He has extensive experience in taking and defending depositions, and he has written and lectured on litigation strategies — including the effective use of technology in the courtroom — and working with experts. Since 2006 he has been the co-author of the Thomson Reuters/West Trial Practice Series treatise Expert Witnesses in Civil Trials: Effective Preparation and Presentation.

Damian also has experience with a range of employment, personal injury, and environmental issues, from mass tort litigation to multi-party groundwater contamination mediations to advising clients on discrete issues. Finally, through the years, he has devoted a significant amount of pro bono time prosecuting misdemeanor crimes for two local municipalities. Most recently, Damian secured guilty verdicts on both counts in a two-day bench trial in which the defendant was represented by an attorney with an established track record of filing civil rights lawsuits alleging officer misconduct.