If you’d like the most current update and instruction on SLAPPS in California, we have a new program set for April 5, 2019 in San Francisco. You can register for that program or order the audio package here.

SLAPP actions (Strategic Law Suits Against Public Participation) and SLAPP-Backs – are a staple in every-day litigation. You can hardly avoid them these days, yet they remain overly-complicated. New opinions are continuously altering the standards or creating conflicts.

To help you stay up-to-date on both SLAPPS and SLAPP-Backs, Pincus Professional Education is holding its 6th annual SLAPPs skills and case-law update seminar, with a terrific faculty composed of specialists, state and federal trial and appellate judges.

If you’re a litigator or trial attorney, you need to know how to handle a SLAPP and a SLAPP-Back and you need stay current on the latest case-law. And, with two trial and two appellate judges – from the state and federal courts – you are sure to get the court’s perspective and insight at this program.

Join us at Pincus Professional Education’s: Understanding SLAPPs: Process and Procedure from Initiation through Appeal.

This program was recorded in 2013.

Do you want to improve your public speaking skills? Get Faith Pincus’ newly published book Being Heard: Presentation Skills for Attorneys, from the ABA now (ABA members receive 10% off). It is also available on Amazon.

“One of the best programs I have attended in years. Very good overview of SLAPPs and practical considerations discussed.”

”I came here for a general overview and to gain insight into how anti-SLAPP work in the real world, and I got
just that.” Susan Fritch, Esq.

”The conference exceeded my expectations- this has been one of the most knowledgeable informative collegial and interactive conference in memory on this or any other subject.” Carlo Coppo, Esq.

“This is exactly what I was looking for.  You were right on!”  Charles R. Barrett, Esq.

”I am relatively new to the area, so the combination of overview and nuanced discussions were helpful” Kenneth Paul Nabity, Esq.

“Excellent- on point and well presented.”

“Good explanation of statute and application.”

“Very thorough and aimed at nuts and bolts.”

Before becoming a judge, Thadd Blizzard was seasoned litigator and a shareholder with Weintraub Genshlea Chediak, handling all aspects of complex civil litigation in state and federal courts as well as binding arbitrations and appeals. He was head of that firm’s Litigation Section from 1998 to 2004 and chaired the firm’s Writs and Appeals Practice Group.

Before entering private practice, Judge Blizzard served as a judicial law clerk for the Honorable Joseph A. Rattigan, Associate Justice at the California Court of Appeal for the First Appellate District in San Francisco. Judge Blizzard is a Founding and Executive Committee Member of the Milton L. Schwartz American Inn of Court, the Founding Chair of the Sacramento Bar Association’s Appellate Section, and the former President of the Federal Bar Association, Sacramento Chapter. He also was a settlement judge, pro tem and a judicial arbitrator for many years.

Judge Peter J. Busch has been a San Francisco Superior Court judge since 2000, where he previously presided over the civil law and motion department. In that capacity, Judge Busch ruled upon numerous anti-SLAPP motions. He served as a temporary judge with the California Court of Appeal for the First Appellate District for three months in 2006. Prior to his appointment to the bench, Judge Busch spent 20 years as a civil litigator at Howard, Rice, Nemerovski, Canady, Falk & Rabkin, where he also served as managing director.

Judge Busch received his B.A. from Yale University in 1974, and his J.D. from the University of Virginia School of Law in 1977. After law school, he clerked for the Honorable Frank M. Coffin, Circuit Judge for the U.S. Court of Appeals for the First Circuit, and the Honorable William J. Brennan, Jr., Associate Justice of the U.S. Supreme Court. Judge Busch was a co-author, with Don Miles, of the chapter “Trial Exhibits” in California Trial Practice: Civil Procedure During Trial (3d ed.), published by C.E.B. in 1995, and he has taught various judicial and legal education programs. 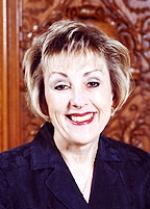 As the first judge from the Eastern District of California to sit on the Court of Appeals since the elevation of the Honorable Anthony M. Kennedy to the Supreme Court on February 3, 1988, Judge Consuelo Maria Callahan was appointed to the United States Court of Appeals for the Ninth Circuit by President George W. Bush on May 22, 2003. Judge Callahan maintains her chambers at the United States Courthouse in Sacramento. She has participated in numerous SLAPP cases as an appellate jurist, both at the Ninth U.S. Circuit Court of Appeals and the California Court of Appeal. See, e.g., Manufactured Home Cmtys., Inc. v. County of San Diego, 544 F.3d 959 (9th Cir. 2008); Simmons v. Allstate Ins. Co., 92 Cal. App. 4th 1068 (2001).

Judge Callahan received recognition by Governor Deukmejian for her work in establishing Victim-Witness Mobile Unit. She received the Susan B. Anthony award for legal services in 1987, the Juvenile Justice Commission award for her work in the fields of child abuse and sexual assault, and the Peacemaker of the Year Award from San Joaquin County Mediation Center in 1997. She has been an Instructor for the California Judicial Education and Research; an

Instructor for Delta College Police Academy; and a Lecturer at the University of the Pacific, UC Davis Law School, Humphreys College of the Law, and Delta College. She authored “Women in Law,” 1973, and is one of the four authors of The Rutter Group’s California Practice Guide on Employment Litigation.

Prior to becoming a Justice, Mr. Pollak was a Judge of the San Francisco Superior Court for twenty years. Prior to joining the court, he was a partner at Howard, Rice Nemerovski, Canady & Pollak for fourteen years. Before joining Howard Rice, Justice Pollak served on the President’s Commission on the Assassination of President John F. Kennedy, and was Special Assistant to the Assistant Attorney General from 1963 to 1965. 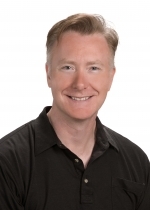 Brendan spearheads the Appeals and Writs group at Weintraub Tobin and is a member of his firm’s labor and employment, probate and trusts, and litigation groups. He is an Appellate Law Specialist certified by the State Bar of California Board of Legal Specialization and previously was President of the Sacramento County Bar Association’s Appellate Practice Section. He has handled a number of anti-SLAPP motions and appeals, one of which resulted in a published opinion. See Vergos v. McNeal, 146 Cal. App. 4th 1387 (2007).

Brendan has delivered numerous public presentations to lawyers, executives, managers, and supervisors on the topics of anti-SLAPP motions, appellate law, and best employment practices. He is a senior contributing editor to The Rutter Group’s California Practice Guide on Employment Litigation. He is admitted to the State Bar of California, the U.S. Court of Appeals for the Ninth Circuit, and the U.S. Supreme Court.

In litigation, Brendan has prevailed on numerous anti-SLAPP and dispositive motions and saw two jury trials through to successful verdicts. At the appellate stage, he has handled both briefing and oral argument before all manner of appellate courts. The U.S. Supreme Court granted Brendan’s petition for a writ of certiorari that led to the high court hearing and resolving the “Pledge of Allegiance” case in Elk Grove Unified School District v. Newdow, 540 U.S. 945 (2003).

Brendan received his J.D. (with honors) from the University of California at Davis, where he was a law-review writer. Prior to law school, Brendan worked as a newspaper reporter for The Sacramento Daily Recorder. While in law school, he worked as a law clerk at the U.S. Attorney’s Office for the District of Hawaii. After law school, he served as a judicial clerk to the Honorable John M. Gerrard, Associate Justice of the Nebraska Supreme Court, and later as a judicial clerk to the Honorable Connie M. Callahan, Circuit Judge for the U.S. Court of Appeals for the Ninth Circuit.

He and his clients have prevailed in special motions to strike under the anti-SLAPP law in 23 counties throughout California and in decisions by four of the six district courts of appeal.  He and his clients have prevailed in nine published opinions under the anti-SLAPP statute, including two important decisions by the California Supreme Court: Briggs v. Eden Counsel for Hope & Opportunity (1999) 19 Cal.4th 1106, and Barrett v. Rosenthal (2006) 40 Cal.4th 33.  His anti-SLAPP expertise has been recognized in four appellate opinions.

He has published numerous articles on the anti-SLAPP law, and frequently lectures and consults on the subject.  He graduated from Harvard Law School in 1972.

Mr. Goldowitz is also founder and President of the Board of Directors of the Public Participation Project (PPP), which is leading the campaign for enactment of federal anti-SLAPP legislation.

CA General: This program is approved for 6.0 general CLE units in California.