Insurance Bad Faith Cases are tricky whether you are approaching them as counsel for the insured or the insurer.

This seminar lays things out for you in a clear and concise manner and provides concrete strategies and tactics to help you win your cases.

Both sides of the aisle are represented on our faculty and you are sure to come away with new tools you can put to use immediately.

Please see the detailed agenda below for all of the details about topics covered.

This program was recorded in 2015.

”Excellent panel. One of the best panels I’ve seen.”

”Content and presentation were excellent regarding cases where insured is sued by 3rd party.” Susan Brubeck, Esq.

”All presentations were good.”

“I have utilized all of the service providers that I noted in the survey and truly felt I received great service from each. My favorite continuing legal education seminar provider, Pincus Professional Education is particularly noteworthy though. I have attended about five Pincus seminars. Each was phenomenally packed with useful content and had presenters/speakers of the highest skill level. I would unhesitatingly recommend Pincus to other lawyers and am already planning my next couple of seminars with this CLE provider.”

Mr. Beilke earned his Juris Doctor from Southwestern University School of Law and was admitted to the California State Bar in 1997.

Michael was born and raised in Oklahoma City, Oklahoma. After high school he attended the University of Texas at Austin, earning his B.A. with Highest Honors (Phi Beta Kappa, Dean’s Distinguished Graduate). He graduated in 1991 from Harvard Law School, where he was an editor for the Harvard Law Review.

Michael began his practice in the Dallas office of Susman Godfrey LLP, one of the nation’s pre-eminent firms for complex civil litigation and bet-your-business lawsuits. At Susman Godfrey, Michael represented plaintiffs and defendants in federal and state courts throughout Texas and in other states as well. His docket included commercial disputes, contract disputes, securities class actions, disputes related to trade secrets and copyright infringement, complex insurance coverage disputes for Aetna and for Webb County, Texas, and a shareholder’s derivative suit against a unit of General Electric. While at Susman Godfrey, Michael tried two cases to judgment. In one, he represented ITT Commercial Finance in a lawsuit against Wal-Mart (judgment for ITT Commercial Finance). In the other, he represented a woman who had been wrongly imprisoned based on charges of theft-by-check for checks that she did not write (judgment for our client).

In 1996, Michael and his older brother started their own firm, Cohen Darnell & Cohen, PLLC. Before the firm had even opened its doors, Michael took over as lead trial counsel for the defendant (Foodmaker) in an employment discrimination case just one week before trial. His predecessor had conducted almost no investigation of the plaintiff’s claims. Michael’s cross-examination of the plaintiff was so effective that he persuaded a federal judge to dismiss the plaintiff’s case and to enter judgment for the defendant without Michael calling even one witness for the employer. Later, Michael represented an inventor in a patent-infringement trial against Huber Corporation, then one of the nation’s largest private corporations.

In 2004, Michael became the head of the class action department for Shernoff Bidart & Darras. While at SB&D, Michael was one in a team of attorneys representing senior citizens in a series of class actions against insurance companies that had used misleading sales tactics to sell these people grossly inappropriate annuity contracts. Michael also represented individual policyholders against their carriers when their claims were unfairly denied. While at SB&D, Michael took cases that other attorneys had rejected because they were too complicated or required too much work and recovered more than .5 million in settlements for these clients.

In 2006, Michael opened his own firm. He continued taking cases that other attorneys thought were too difficult and obtained substantial settlements for his clients.

From 2009 through 2011, Michael and Heather McKeon represented an Assistant U.S. Attorney in a discrimination and retaliation lawsuit against the U.S. Attorney’s Office. In 2011 the parties settled on terms that were favorable to Michael’s client. The settlement is said to be the highest for a claim of its kind in the office’s history.

Michael continues to represent people and businesses whose claims have been wrongly denied by their insurance carriers. He also represents plaintiffs in other civil matters, including class actions—often insurance-related class actions—contract disputes, employment discrimination, and business disputes.

Bob Meyers has extensive experience representing U.S. and international insurers in complex, high-value insurance matters, including advising clients about their rights and obligations under insurance policies, state and federal regulations, and representing them in disputes and lawsuits. He has considerable experience handling and managing complex multi-jurisdictional disputes and long-tail insurance claims such as environmental claims and claims arising from allegations of sexual misconduct.

Ricardo Echeverria is a trial attorney with Shernoff Bidart Echeverria LLP handling insurance bad faith and catastrophic personal injury cases. Mr. Echeverria is a past-president of the Consumer Attorneys Association of Los Angeles (CAALA) the nation’s largest local association of plaintiffs’ attorneys. He was recognized as one of the Top 30 Plaintiff Lawyers in California in 2018 and 2019 and was named one of the Top 100 Attorneys in California in 2017 and 2018 by the Los Angeles Daily Journal. In 2019, he was honored with the Lifetime Legal Achievement Award from Consumer Watchdog.

Mr. Gerking proactively maximizes the value of his clients’ insurance assets with approaches tailored to their needs and goals.  He reviews and negotiates insurance policy terms, particularly in the cyber insurance, technology errors & omissions (Tech E&O) and directors & officers liability (D&O) areas, to ensure his clients buy policies that fit their unique risks as closely as possible before claims arise.

Mr. Gerking is well versed in insurers’ defense obligations and assists clients in resolving defense cost issues with their insurance companies.  He has extensively litigated issues relating to insurers’ duty to defend and bad faith.

* He won a bench trial in California state court against a D&O insurer that breached its duty to defend a securities class action lawsuit and successfully defended the result in the California Court of Appeal.

* He won summary judgment in U.S. District Court for a technology company against its insurer for breach of the duty to defend, also establishing that the breach prevented the insurer from compelling arbitration of a billing rate dispute under Cal. Civ. Code section 2860.

* He has often persuaded courts to stay insurer-initiated declaratory relief actions while the underlying lawsuits proceed, protecting his clients from having to fight “two-front wars.”

Mr. Gerking is recognized by Chambers USA as an “up and coming” attorney in California in the Insurance Policyholder practice area (2014-2016).  He also has been recognized among  Super Lawyers’ Northern California Rising Stars and Super Lawyers (2010–2016).

He was a judicial extern for Magistrate Judge Maria-Elena James of the U.S. District Court for the Northern District of California in San Francisco.

Larry Golub is a litigator who focuses his practice on a wide range of litigation matters for both insurance and non-insurance clients. With more than 35 years of civil litigation experience, his practice focuses on insurance coverage, bad faith, class action litigation, and appellate review.In addition to representing insurance companies, Mr. Golub’s clients have included insurance agents, brokers and insurance trade associations. He regularly defends against lawsuits brought under California’s Unfair Competition Law and the Telephone Consumer Protection Act.

Mr. Golub is admitted to practice before all California state courts, as well as before the United States Supreme Court, the Ninth Circuit Court of Appeals and the United States District Court for the Central, Eastern, Southern and Northern Districts of California and the District of Arizona.  He has received a Martindale-Hubbell® AV Preeminent peer rating.

Robert Wolfe is a partner in the law firm of Engstrom, Lipscomb & Lack.  He has tried over 40 cases to verdict and obtained one of the top 25 largest verdicts in the State of California in 2002.  He was the lead trial lawyer in the matter of Pamela Anderson vs. The Private Movie Company which was televised live nationally on Court TV.  He has received multiple eight figure judgments representing plaintiffs in complex business litigation matters and catastrophic personal injury matters.  He has been a California Super Lawyer from 2004 to the present and received the Lawdragon top 500 lawyers in America. 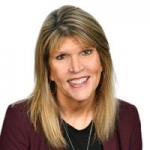 Susan White is an experienced commercial litigation attorney with a specialty in insurance recovery.  Ms. White represents corporate and individual policyholders and has recovered millions in insurance proceeds on their behalf in all types of complex litigation against their insurers.  She is able to think out of the box, using creative and strategic approaches to both find and maximize insurance coverage for her policyholder clients.

Mr. Lovell devotes a substantial part of his practice to insurance law, in the context of both complex insurance coverage disputes and bad faith actions, and insurance issues associated with tort litigation. He has litigated bad faith and coverage actions spanning a range of issues, typically claims for defense and indemnity under third party liability policies’ bodily injury/property damage and personal injury coverage terms.

Mr. Lovell has jury trial experience in personal injury and groundwater contamination cases. From April to June 2005, Mr. Lovell served as a deputy district attorney for Marin County, where he successfully tried misdemeanor cases to verdict and conducted a variety of evidentiary hearings.

CA General:  This program is approved for 6.0 units of general CLE in California.