In this webinar, you will learn about the criminal code of procedure regarding discovery as well as best practices in maintaining and organizing discovery documents as well as important timelines and case law that you should know.

Faculty will discuss the most common areas of discovery and how to use discovery as a negotiation or settlement tool. They will also cover discovery disputes.

This program was recorded on January 26, 2022. The recorded packages are now available in audio or video format and includes seminar materials.*

Discovery As A Negotiation/Settlement Tool

“Great and informative program. Criminal procedure CLE is hard to find – specifically CLE with any value for prosecution. While this was still defense-oriented for the most part, it contained some valuable prosecution information that was valuable to my practice.”

“It provided the substantive information I was looking for, as well as practical tips from experienced practitioners which is particularly valuable.”

“It was incredibly helpful.”

The following testimonials are from our 2019 Exam Prep Course on Criminal Law, taught by speaker David Cohen:

“I thought that the program was great. There was a lot of information that I already knew, so that reinforced my knowledge base (I have been a public defender for 12 years), which made me feel good. The stuff that I did not know, with respect to juvie and whatnot was really helpful.”

The following testimonials were from our Criminal Defense Boot Camp in CA, held a few years ago:

“This seminar is the best seminar I have ever attended or listened to in the area of criminal law. I have listened to numerous seminars. This one was the best. The selection of speakers was off the charts. Great!”

“Seminar was very true to its advertising. All of the speakers were interesting and did a good job. All had exceptional knowledge and were valuable additions to the panel.” – Conness Thompson, Esq.

“Detailed information about representation from the initial phone call to sentencing was exactly what I wanted. Teachers were awesome beyond my expectations. The ethics segments were fascinating.” – Nora Wilson, Esq.

“The speakers had great experience to share, lots of practical information. Excellent presenters.”

“Very good overview, which was just what I wanted.”

“Enjoyed the client control and advisement long with legal issues.”

Hon. Paul A. Delucchi is a judge of the Superior Court of Alameda County, Criminal Division, in California. He assumed office in 2009. His current term ends on January 6, 2025.

Judge Delucchi received a bachelor’s degree from the University of California, Berkeley and a J.D. from Santa Clara University School of Law.

Judge Delucchi is the son of Hon. Alfred Delucchi, who also served as an Alameda Superior Court judge. 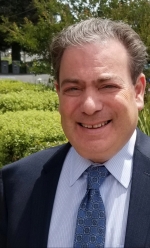 In 1989 Mr. Cohen relocated to California, where he joined the Federal Defenders of San Diego, Inc., widely acknowledged to be one of the best public defender offices in the country. As a trial attorney at Federal Defender’s of San Diego, Inc., he represented hundreds of criminal defendants on a wide variety of matters ranging from drug offenses and violent crimes to complex fraud cases. Despite limited resources, he was able to win acquittal, hung juries, or dismissals in the majority of the cases he tried at the federal defenders office. He also lectured on criminal defense topics, and authored an article for the nationally circulated Federal Defender Manual.

Following his service as a federal public defender, Mr. Cohen formed the law firm of Cohen & Hubachek in San Diego, California. At the firm, he defended both state and federal criminal matters. He was lead counsel in a number of lengthy federal criminal jury trials and briefed and argued a number of federal criminal appeals. In the area of white collar criminal defense, Mr. Cohen won the dismissals of three major securities and mail fraud indictments arising from multi-year and multi-agency investigations. The subject matter of the cases he has defended includes mail fraud, wire fraud, tax fraud, money laundering, weapon offenses, violent crimes, narcotics offenses, conspiracy, forfeiture, and extradition.

Since 1996, Mr. Cohen has practiced in San Francisco, California, first establishing a satellite office for Cohen & Hubachek, and then opening the firm Bay Area Criminal Lawyers, PC. He has continued his emphasis on white collar criminal defense, including the defense of the first federal computer crimes jury trial in the Northern District of California and the defense of two of the largest securities fraud cases ever brought in that district.

On the federal level, Mr. Cohen continues to represent clients charged in large drug conspiracies, complex fraud schemes, gun possession, and a variety of other offenses.

In addition, Mr. Cohen has handled a number of state court trials in the past five years, including the representation of clients charged with violent felonies, Three Strikes Cases, drug, narcotic, and weapons offenses, sex offenses, and persons charged with crimes as juveniles.

Mr. Cohen continually hones his advocacy skills by participating in seminars and conferences pertaining to jury trial techniques and advances of technology and defense tactics in the area of white collar crime.

As a dedicated Bay Area criminal defense attorney, Mr. Cohen utilizes his experience and knowledge to give back to the legal community as Chair of The State Bar of California, Criminal Law Advisory Commission where he has volunteered numerous hours since joining the commission in 2014. 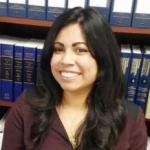 Cherie R. Wallace is a skilled Bay Area-based criminal defense attorney with over 15 years of experience. Ms. Wallace graduated with honors from San Francisco State University in 2002. She has a Bachelor of Arts Degree in both criminal justice and organizational communications. After earning her law degree from the University of San Francisco, School of Law in 2007, Ms. Wallace began her career working for a small immigration firm and the Marin County Public Defender’s office, before finding a home at Bay Area Criminal Lawyers, PC (BACL) in March, 2008.

From 2008 through 2017, Ms. Wallace worked as an associate and then senior associate at BACL, where she handled a wide range of criminal matters, including murder and attempted murder, three strikes cases, large drug conspiracies, complex fraud schemes and other white-collar cases, drug, narcotic, and weapons offenses, sex offenses, among other violent and serious felonies.

Since 2017, Ms. Wallace has been a member of Alameda County’s Criminal Court Appointed Attorneys Program (CAAP), taking on representation of indigent clients in cases where the public defender has a conflict of interest.

From 2017 to the present day, Ms. Wallace has run her own criminal defense practice comprised of her individual private clients, her work with CAAP, as well as her continued work with BACL as a senior of counsel attorney on some of the firm’s most complex and serious trial-bound matters.

Ms. Wallace takes particular pride in helping clients to get back on track by terminating their probation early, clearing their records, and helping clients to obtain certificates of rehabilitation. Ms. Wallace maintains relationships with many of her former clients, whom she now considers to be friends. She takes a personal interest in her cases and does not tolerate her clients being taken advantage of or mistreated. She takes pride in obtaining for her clients something that is difficult to come by in life, a second chance.

More faculty to be added soon!

Pre-order now and save $50 on your purchase!*

*Your discount is automatically applied at check out.

CA General: This program is approved for 3.25 units of general CLE in California.