The accusation of a crime can threaten the employment, reputation and well-being of your clients and there’s a lot you need to know to make sure their rights are protected.

Whether you are a civil attorney that needs to know what to do when your client is accused of a crime or a newer criminal defense attorney, this program will provide you with a broad understanding of how to help your clients.

This comprehensive seminar, presented by seasoned defense and prosecution attorneys, will help you navigate the complicated and sensitive issues you face handling a criminal case.

This program was recorded in 2013.

Investigations, Issues, & Actions Before the Arraignment

After the Arraignment – Through Sentencing

“Seminar was very true to its advertising.” Conness Thompson

“The speakers had great experience to share, lots of practical information.”

“Was a very good overview, which was just what I wanted.”

“Enjoyed the client control and advisement long with legal issues.”

Garrick has tried more than 100 jury trials to verdict, from misdemeanors to homicides, and just about every type of case in between.  He has handled all other phases of thousands of all types of criminal cases from arraignment to pretrial proceedings, to trial sentencing, to probation violations, to appeals.

In both Fresno and Contra Costa, Garrick handled motions, research, felony pre-trial writs, case staffing, court appearances on difficult and unusual cases, office-wide trainings, and similar tasks.  He was and is an “internal office consultant” and general “go to guy” on all types of cases that public defenders handle.

He is currently (2013) the First Vice President of the California Public Defenders Association (CPDA). He is also the Chair of the CPDA’s Ethics Committee and a member of the Legislative Committee.

Garrick received his JD from the Antioch School of Law (now Univ. of Dist. of Col. David A. Clarke School of Law), Washington D.C in 1979.

Garrick is the author of the only comprehensive treatise on Public Safety Realignment (AB 109), the 2011 massive revision of California’s felony sentencing laws.  His Realignment treatise is web-distributed by CPDA, California Continuing Education of the Bar, and linked-to by the California Courts, and many others.

He is also a contributor to the CEB, California Criminal Law, Procedure and Practice, including three Chapters: “Public Records,” “Motion to Disclose Informant’s Identity, ”and “Trial Counsel’s Duties After Judgment” 2013 edition (with 2014 edition forthcoming) and previous editions (most annual) back to (depending on the chapter) 2005.

In 2012 Garrick received a Special Recognition Award from the California Public Defenders Association for his many contributions to Criminal Defense.

Stephen C. Carter is a certified criminal law specialist who has been practicing criminal law in California for twenty years. Mr. Carter began his career as a prosecutor, handling many felony and misdemeanor cases. Mr. Carter currently administers the public defender system for the County of Lake. Mr. Carter has conducted a large number of criminal trials, ranging from simple misdemeanors to complex felonies, including sex crimes, drug cases and numerous first degree murder trials.

Wade Chow has been a prosecutor with the San Francisco District Attorney’s Office for 17 years.  His experience includes managing the Gang Violence Unit and the Misdemeanor Unit.  Previously, he was an associate of Keker & Van Nest (1995-1996) and of Latham & Watkins (1993-1994).  He was a judicial clerk for the Hon. Harold M. Fong in the District of Hawaii (1994-1995).  He is a 1993 graduate of the Yale Law School.

Please Note:  This information is not provided in Mr. Chow’s official capacity.  Any opinions he expresses during the conference are his personal opinions and do not represent the San Francisco District Attorney’s Office.

She has spent eleven years as a deputy public defender in Riverside County and is just completing her twelfth year as a panel attorney for the San Mateo County’s Private Defender Program.

Ms. Feiger graduated from Western State University Law School and is currently on the Board of Directors of the San Mateo County Bar Association.

Martin J. Martinez is a practioner in Martinez, CA.

He has been in private practice since 1981 and has practiced in Los Angeles, San Francisco, Sacramento, Napa, and Contra Costa in the areas of criminal defense and personal injury.

He was admitted to practice in both California and New York in 1981. In 1991 he attended the summer program at the Hague Academy of International Law. Mr. Martinez graduated from the University of Santa Clara School of Law in 1977 and also holds an M.P.H from the UCLA School of Public Health.

Timothy B. Rien, Esq.
Certified Specialist in Criminal Law, State Bar of California, Board of Legal Specialization
Law Offices of Timothy B. Rien

Timothy B. Rien, a certified Specialist in Criminal Law by the California State Bar, Board of Legal Specialization, has been practicing law for 36 years. He began his career writing appeals on the infamous Charles Manson Family cases in Los Angeles, and has since served as a prosecutor, educator and defense counsel in many of the highest profile cases in California. He completed post-graduate work in literature and writing at Harvard University, the Iowa Writers’ Workshop, and holds a Master of Fine Arts in Writing degree from the University of San Francisco. His office is located in Livermore, Alameda County, California. 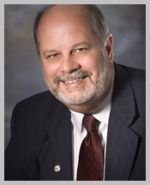 Robert Wilson recently opened his own practice at the Law Offices of Robert M. Wilson.   His practice focuses on white-collar criminal defense, professional negligence and complex business litigation in both state and federal court.  Mr. Wilson graduated from the University of Colorado in 1979, and received his J.D. from the University of the Pacific, McGeorge School of Law in 1983.  Mr. Wilson has trial experience in both state and federal court, including complex white-collar criminal matters.  He has appellate experience in the Fifth, Ninth, and Tenth Circuits and the Supreme Court of the United States.  The Chief Judge for the Eastern District of California recently appointed Mr. Wilson to serve as a Lawyer Representative to the Ninth Circuit.

From 1986 through 1993, Mr. Wilson practiced with Segal & Kirby, initially as an associate and later as a partner. In 1993, Mr. Wilson formed his own firm and continued to represent individuals and business clients targeted in criminal investigations, and collateral civil, regulatory and administrative actions. Mr. Wilson has a longstanding interest in technology and the internet, and was an Advisory Board member to FindLaw.com, a legal internet research portal which was eventually acquired by Thomson/West.

Prior to starting his own practice Bob was a member of Kimball & Wilson LLP as a partner and served as the Executive Director of Sacramento Child Advocates, Inc., a non-profit law firm which served the 3000-plus children in foster care in Sacramento County.

Webinars, Tele-seminars and Webcast Cancellations: Once log-in codes and passwords are issued for a webinar, tele-seminars or webcasts, a refund is not possible. If for any reason you cannot attend the event after you have received the codes, we will automatically convert your registration to an instant streaming/instant download or CD format and provide you with the information you need to access the recording after the program concludes and the recording is available.  Conversions to CD require a $7.50 shipping fee, and in CA, 9% sales tax.