Chapter 11 Challenges: Going Beyond the Basics

This program is no longer approved for CLE Credit in Florida. It is now 50% off.

If you are interested in an updated version of this course, please see our Business Bankruptcy 101 recording.

The focus of the program is to increase your Chapter 11 knowledge and skills when handling a Chapter 11 case.

At this seminar you will delve into the complications, risks and parts of Chapter 11 fraught with mistakes and you will learn how to effectively handle intricate tasks, difficult issues and thorny personalities. You will also learn to avoid the worst of the missteps

This program is taught by seasoned practitioners who will provide you with their perspectives and experience in successfully handling the complications you face when representing your clients in Chapter 11 cases.

This program assumes a basic knowledge of bankruptcy law. If you are a beginner, you may want to consider purchasing our Bankruptcy for the Non-Bankruptcy Attorneys program.

What’s in the middle stage – Difficulties Before Plan Confirmation

The difficulties with Plan Confirmation and Classification of Claims

The Unique Differences with an Individual Chapter 11 case

Critical Case Law Update – what will impact your client now

Jeff also provides insolvency-related advice and has extensive experience with all aspects of bankruptcy litigation, appeals and legal opinions for complex transactions.

He now represents corporate debtors, shareholders, trustees, receivers, indenture trustees and creditors’ committees, as well as financial institutions and other secured and unsecured creditors in complex workouts, reorganizations and liquidations.

Ileana E. Christianson is a partner with Stone, Glass & Connolly, LLP and practices commercial litigation, insurance defense, and bankruptcy. She is experienced in handling an array of business litigation, including real estate, construction and other contractual disputes, as well as in representing creditors, receivers, assignees, creditors’ committees, buyers, fiduciaries and trustees in bankruptcy and insolvency cases.

Mrs. Christianson earned her Bachelor of Business Administration from the University of Miami in 2000 and her Juris Doctorate degree from Boston College in 2003. She is admitted to practice in Florida, in the U.S. District Courts for the Southern and Middle Districts of Florida and in the 11th Circuit U.S. Court of Appeals.

Mrs. Christianson was the recipient of the BC Law “Most Outstanding Graduate Award for Scholarly Achievements and Contributions.” She was honored by Legal Aid and Put Something Back with the Pro Se Clinic Bono Award, by the Daily Business Review as a Rising Star, by the Cystic Fibrosis Foundation with the 40 Under 40 Outstanding Lawyers of Miami-Dade County Award, and by the American Society of Legal Advocates with the Top 40 Under 40 Bankruptcy Lawyers Award. She has been named a Florida Super Lawyers Rising Star since 2009.

Mrs. Christianson resides in the Village of Pinecrest with her husband and three children.

He represents creditors in commercial loan enforcement cases, including actions for foreclosure of commercial real property and replevin of personal property, and suits on notes and guaranties. Mr. Coyle also represents creditors in bankruptcy proceedings filed under Chapters 7, 11 and 13 of the Bankruptcy Code both in main case and adversary proceedings, including, but not limited to, preference actions, fraudulent transfer actions and discharge/dischargeability actions. He also represents creditors in the negotiation and documentation of workout agreements, loan restructuring, forbearance agreements and loan sale agreements. Additionally, he represents aggregate bodies of foreign creditors in United States Bankruptcy Proceedings, including obtaining foreign main recognition under Chapter 15 of the U.S. Bankruptcy Code. He also represents clients seeking to domesticate and enforce foreign judgments, including post-judgment discovery, proceedings supplementary, fraudulent transfer and executions; and foreign clients seeking documentary and testimonial evidence through initiating ancillary discovery proceedings under 28 U.S.C. §1782. Mr. Coyle co-authored an article with Gregory S. Grossman entitled "When a Lender Fails, Its Borrower’s Litigation Defenses May Be (D’Oench) Duhmed," appearing in the January 2013 issue of the Florida Bar Journal. 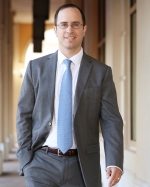 David also handles many of the firm’s more complex trustee matters, including in the bank holding and Ponzi scheme litigation contexts, in addition to the firm’s clients facing potential exposure for avoidable transfers under the Bankruptcy Code.  David frequently represents commercial landlords and other corporate entities in bankruptcy proceedings and insolvency-related litigation throughout the country.  His practice includes bankruptcy appeals.

David is an avid sports fan.  He enjoys running on a daily basis and is often present at home games for the Miami Heat.  He lives in Miami with his wife, Brigid, who is an attorney and their two children.

Jeffrey N. Schatzman is a native of Miami, Florida.  He received his undergraduate degree in Political Science from the University of Florida in 1986 and his J.D. degree from the Thomas M. Cooley Law School in Lansing, Michigan in 1989.

Mr. Schatzman is a member of The Florida Bar and is admitted to practice in all Florida State Courts as well as the Federal District and Bankruptcy Courts for the Southern and Middle Districts of Florida.

Mr. Schatzman concentrates his practice in the areas of Bankruptcy, representing both creditors and debtors; Commercial Collections; Commercial Litigation; and Commercial Transactions.

Mr. Schatzman has achieved an AV rating by Martindale-Hubbell, has been selected by his peers as one of Florida Trend Magazine’s "Legal Elite" Top Attorneys in Florida and has been recognized as one of South Florida’s Top Rated Lawyers by ALM (Law.com).

Note: This program is no longer approved for CLE credit in Florida.

FL General: This program is no longer approved for CLE credit. Approval expired on May 31, 2018.

CA General:  This program is approved for 7.0 Units in California.

This program is approved for CLE in the states listed above.

Upon request, Pincus Pro Ed will provide any information an attorney needs to support their application for CLE approval in other states other than what is listed above.