This program is relevant for any attorney who would like to develop his or her Chapter 11 skills, including a beginner level attorney who has knowledge of Chapter 13s or 7s, and who wants to learn new strategies (as well as learn mistakes not to make from the court’s perspective).

Our speakers, including a sitting federal judge, planned the program for months, so you can expect a well-organized, detailed and informative program. (see below for full list and bios).

Our Confirmation & After session gets into voting, cramdowns, gerrymandering, the absolute priority rule, post-confirmation tasks, motions and discharge among other things.

During our Special Situations session, faculty covers things like divorce, taxes, WARN acts, reclamation, employment benefit plans and the like.

The faculty also discusses how to move from a Chapter 13 to a Chapter 11 – a difficult shift for those not familiar with Chapter 11.

This program was recorded in California in 2016.

“First Day” and Other Motions

“This was a very organized and informative panel…I definitely learned a lot and have fantastic outlines to refer to later on. All of the speakers were excellent! The materials were great.” – Anne Manalili, Esq.

“Very helpful and informative. Great speakers. [There was a] good mix of information and practical application.” -Erin McCartney, Esq.

“I thought the material was very good and informative.” – Leslie Klott, Esq.

Neil W. Bason is a U.S. Bankruptcy Judge in downtown Los Angeles.  He graduated from the Boston University School of Law in 1988 and was in private practice in Boston and San Francisco.  From approximately 2000 through early 2008 he had the invaluable experience of working as a law clerk to the Honorable Dennis Montali, Bankruptcy Judge of the Northern District of California and Chief Judge of the Bankruptcy Appellate Panel of the Ninth Circuit.  In 2008 through 2011 he was fortunate to work with friends and colleagues in private practice, first at Howard Rice Nemerovski Canady Falk & Rabkin, P.C. (now combined with Arnold & Porter LLP) and then at Duane Morris LLP.  Before taking the bench he represented a wide variety of interests in commercial bankruptcy and insolvency matters including secured creditors, trustees, receivers, debtors/borrowers, guarantors, unsecured creditors, prospective purchasers of assets out of bankruptcy, parties to executory contracts and unexpired leases, equity holders, and other parties in interest.  He has been a frequent speaker and writer on bankruptcy and insolvency topics, and a member and officer of various bankruptcy and insolvency organizations.  When Judge Bason is not sitting in downtown Los Angeles he is usually hiking, biking, or dining nearby. 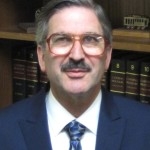 Steven R. Fox heads a small firm in Encino, California where he limits his practice to representing debtors and creditors in bankruptcy. Mr. Fox is noted for his use of chapter 11 to reorganize small and medium businesses.

Mr. Fox received his bachelor’s degree from the University of California and his J.D. degree from Loyola Marymount University School of Law. He clerked for the Honorable Richard Stair, United States Bankruptcy Judge, Eastern District of Tennessee. 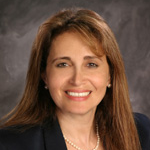 Ms. Havkin received her J.D. from University of California, Hastings College of Law in May, 1987. While at Hastings, she was a Member of Hastings International and Comparative Law Review from 1985-1986, Associate Note Editor, 1986-1987 and the author of the Note, "The Foreign Sovereign Immunities Act: The Relationship Between the Commercial Activity Exception and the Noncommercial Tort Exception in Light of De Sanchez v. Banco Central de Nicaragua", published in Volume 10:2, September, 1987 which was selected for publication on Westlaw. Also, while at Hastings, Ms. Havkin served as a judicial extern to the Honorable Justice M.O. Sabraw – California Court of Appeal, First District, Fourth Division.

Ms. Havkin is editor of the Central District of California Consumer Bankruptcy Attorneys Association Newsletter and is on the Board of the same organization.

Stella was named as 2013 and 2014 Super Lawyer in the Super Lawyer Magazine in the field of Consumer Bankruptcy Law.

Ms. Havkin is a commissioner with the State Bar of California Bankruptcy Legal Specialization Board.

Peter Maurice Lively is the principal of the Law Office of Peter M. Lively in Culver City. He has practiced for 18 years in the area of small business and consumer reorganizations and liquidations pursuant to the provisions of the Bankruptcy Code.

Mr. Lively has personally represented a variety of debtors as counsel of record in nearly 2,500 cases (approximately 1,588 Chapter 7s, 48 Chapter 11s and 1,155 Chapter 13s). Mr. Lively has also represented debtors in bankruptcy appellate matters. He speaks regularly on bankruptcy topics and is active in numerous bar associations and is now a part-time adjunct profession at UCLA Law School.

Mr. Lively concurrently received his J.D. from UCLA School of Law and his M.B.A. from the UCLA Anderson School of Management in 1992 and concurrent B.S. degrees in Economics and Management from Carnegie Mellon University in 1988, where he graduated with high honors and was President of Beta Gamma Sigma (National Business Honors Society).

Mr. Lively has been a member of the State Bar of California since 1992, has been admitted before the U.S. District Court, Central District of California since 1993, and has been admitted to the U.S. Court of Appeals for the Ninth Circuit since 2007. Mr. Lively was named one of The Recorder Legal Newpaper’s 2011 attorneys of the year for his work persuading the U.S. Bankruptcy Court in Los Angeles to strike down the Defense of Marriage Act as discriminatory against gays and lesbians and allow a marriage same-sex couple to proceed with a joint Chapter 13 bankruptcy case.

Dennis McGoldrick has limited his practice to bankruptcy and insolvency since 1982.  He was a panel bankruptcy trustee from 1986 to 1991, administering over 10,000 cases.  He has also completed Bankruptcy Mediator training and now is on the panel of Bankruptcy Mediators for the Central District of California.  Dennis is also a Certified Specialist in Bankruptcy, certified by the Board of Legal Specialization of the State Bar of California.

Dennis is a founder, and was the first president of the Central District Consumer Bankruptcy Attorneys Assoication. Dennis published his book, McGoldrick’s Chapter 11, Consumer and Small Business Cases in 2012 and charied a task force to write individual chapter 11 forms for the U.S. Bankruptcy Court.  The 2081 forms were written by the task force. 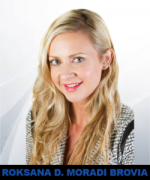 Roksana D. Moradi-Brovia has dedicated her legal career to representation of both individuals and businesses navigating through Chapter 7 and Chapter 11, and litigation arising in the bankruptcy context.

She has successfully confirmed 72 Chapter 11 Plans of Reorganization for both individuals and businesses, assisting her clients through the “rehabilitation” process at each step of the way. Recent Chapter 11 cases include representing a couple with 19 income producing real properties, a small trucking company, a jewelry store, a dental practice, and an LLC which owns a 13 unit commercial building.

Ms. Moradi-Brovia is the Chair of the Commercial Law and Bankruptcy Section of the Los Angeles County Bar Association (“LACBA”), previously holding the positions of Programs Chair, Secretary and Vice Chair. She acted as Chair of the Debtor Assistance Project/Pro Bono Sub-Committee of the Bankruptcy/Commercial Law Section of LACBA from 2013 through 2017. Ms. Moradi-Brovia was the LACBA representative for the U.S. Bankruptcy Court for the Central District of California’s Bar Advisory Board for year 2017.

She is the 2018 President of the Central District Consumer Bankruptcy Attorneys Association (“cdcbaa”) and has been on the Board of Directors and the Programs Chair of the cdcbaa since 2013.

In 2014, Ms. Moradi-Brovia was selected by the U.S. Bankruptcy Court for the Central District of California’s Bar Rules Advisory Group as the Working Group Chair of the “Disclosure Statement in Support of Chapter 11 Plan of Reorganization,” “Cash Collateral Motion,” and “Budget Motion” committees working to revise the current versions of those Chapter 11 Individual Debtor forms.