Administrative Law Hearings are a complex and sometimes daunting process. There are a variety of specialties and practices related to Administrative Hearings.

We have gathered together a stellar faculty for you, including a sitting and recently retired ALJ and some of the best Administrative Law attorneys in the state to walk you through the process and give you advice and strategies for handling your Administrative Hearings.

The program starts with an overview of Administrative Law and the most common areas that fall under administrative law proceedings.

Next, we’ll get into a brief overview of the differences between Admin Law and Civil and Criminal law.

After that we will provide an overview of administrative hearings and how matters get before admin law judges. Faculty will then get into discovery and how to handle expert opinions, including depositions, subpoenas and enforcement of discovery requests. We’ll cover things like hearsay, using reports, rehabilitation and mitigation and the collateral consequences of administrative decisions.

Once all of this groundwork is laid, faculty will talk about how you conduct your client’s hearing, including witness credibility, mitigation strategies, making the record for appeal, and oral v. written closing.

Importantly, you will get an inside look at what judges find persuasive – straight from a sitting and recently retired ALJ.

Lastly, you’ll discovery how to exhaust your administrative remedies, appeals and writs.

You will walk away with resource suggestions provided by each faculty member as well.

If you purchase the audio package, you are going to get a thorough understanding of the Administrative Hearings process and your responsibilities and the tasks involved from start to finish, and you will come away with concrete strategies and suggestions from your faculty.

Administrative Law: An overview of where issues arise

“This is exactly what I was looking for!” – Jehan Jayakumar, Esq.

“I would definitely attend another training with Steven Simas. Enjoyed Professor Asimow’s presentation. I really appreciated hearing an ALJ’s point of view. It was a really well-done presentation.”

“Many practice pointers and strong nuts and bolts course! All speakers were excellent.”

“Appreciated Steven Simas’ humor. It livened up the presentation.”

“The course was very informative. Materials were easy to follow.”

“ALJ’s perspective very helpful no matter what area of law we practice.”

“Provided a lot of substance with no war stories or irrelevant info.”

Christine A. Bologna has been an Administrative Law Judge (ALJ) since 1990 with two State of California agencies:

Judge Bologna was previously a contract Hearing Officer with the Sacramento County Civil Service Commission for 5 years. She has 40-plus years in the practice of labor and employment law, mainly in the public sector, including:

From 1976-1978, Judge Bologna practiced with Brundage, Williams & Zellman as a Law Clerk and than an attorney.

She served on the Executive Committees of the Labor and Employment and Administrative Law sections of the Sacramento County Bar Association for 6 years.

Judge Stephen J. Smith served as an ALJ for more than 25 years.

Having retired from the bench, Judge Smith is now in private practice.  Since 2016, he has specialized in Mediation, Arbitration, and limited criminal and civil matters, criminal post judgment relief, estate planning and probate litigation.

Prior to joining becoming an ALJ, Judge Smith served as a Sacramento County Deputy District Attorney. He received his JD from the University of California School of Law. 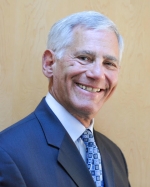 Michael Asimow teaches at Santa Clara Law School.  He was previously a long-term visiting professor at Stanford Law School and is a professor of law emeritus at UCLA.   Asimow teaches contracts, administrative law, income tax, and law and popular culture. 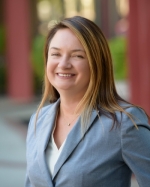 Lesley Beth Curtis practices labor and employment law on behalf of unions and employees, and specializes in plaintiff-side labor, employment and education law. She has represented employees in a wide range of employment issues, including in discipline, dismissal, and layoff actions, as well as in appeals of denial of disability benefits and other benefits before private arbitrators, the California State Office of Administrative Hearings, various public boards, the Superior Courts of numerous counties, and the Third District Court of Appeal. She has multiple published Court of Appeal decisions, and has worked to expand the rights of teachers and employees through advocacy. She has also represented private employees in gender discrimination and pregnancy discrimination suits. Ms. Curtis is a California Teachers Association Group Legal Services Attorney, and has defended teachers in layoff, tenure and discipline matters and has enforced the Education Code rights of faculty, teachers and classified aides in a variety of settings.

Education: Ms. Curtis obtained her undergraduate degree from Claremont McKenna College in 1993, where she graduated Phi Beta Kappa, and was awarded the Berger Award for Outstanding Senior Woman and the William H. Alanshah award for Student Leadership.

Ms. Curtis is a 1996 graduate of the King Hall School of Law, University of California at Davis where she was on the Moot Court Team and Moot Court Board. She was selected by the law school as a National Member of the Order of the Barristers for excellence in oral advocacy. Immediately after graduating, Ms. Curtis served as a judicial clerk for the Honorable Elaine Watters of the Sonoma County Superior Court in a multiple defendant capital trial.

Ms. Hoganson served for eight years as a statewide research attorney to the administrative law judges of the Office of Administrative Hearings, working on such diverse subjects as developmental disabilities, special education, bid protests, and professional licensing. She then served as counsel to the California Gambling Control Commission, reviewing transactional and license applications as well as drafting regulations for both tribal casinos and California cardrooms. Switching vices, she then prosecuted cases for the Department of Alcoholic Beverage Control, settling hundreds of cases without trial, and litigating scores of cases to decision. She also served as the Tribal Liaison for the Department.

Ms. Hoganson has provided advice to government agencies on Public Records, Open Meetings, Emergency Planning, and Information Security. She has lectured on Administrative Hearings, Regulations, Procurement / Bid Protests, Disciplinary Guidelines for Cardrooms, among other topics. She is the Bylined Author of over twenty articles for Sacramento Lawyer.

She was honored with the 2007 SCBA President’s Award for her work as Co-Editor of Sacramento Lawyer Magazine.

Ms. Hoganson is an active member of the Sacramento Bar Association, taking on almost every single leadership role that has been imagined by the organization, including but not limited to President (2016), Chair of Membership Committee (2016-2017), Chair of Bylaws Committee (2016-2017). And she has served as Chair, Administrative Law section for 2002-2003, 2013-2014.

She has also been the Recording Secretary for the St. Thomas More Society of Sacramento, and received a Certificate of Appreciation for her longstanding contributions. 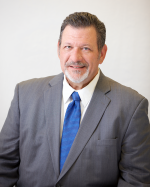 Mr. Simas is the founding member of the firm and graduated from California Polytechnic State University, San Luis Obispo, with a Bachelor of Science degree in Business Administration and King Hall, University of California, Davis School of Law with his Juris Doctorate. He served as a Deputy Attorney General (DAG) in the employment law section of the Office of the Attorney General in Sacramento and as the Chief Consultant to the Assembly Committee on Labor and Employment in the California Legislature.

In 1997, he received a gubernatorial appointment as counsel to the Public Employment Relations Board where he served for two years. Mr. Simas has also served as a Temporary Judge for the Sacramento Superior Court, Small Claims and Traffic Divisions since 1998, and was the Chair of the Sacramento County Bar Association, Administrative Law Section in 2005 and 2006. He is also a member of the San Luis Obispo County Bar Association, Vice President for the Sacramento Region of the California Academy of Attorneys for Health Care Professionals, and a member of the Claims and Litigation Management Alliance, and the American Veterinary Medical Legal Association. 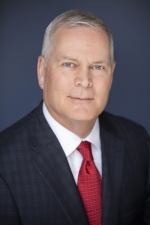 Mr. Wishek’s practice emphasizes the defense of persons and businesses accused of crime or facing regulatory or professional discipline, including aggressive representation through independent investigation during government and law enforcement investigations. His practice includes criminal and white collar defense on behalf of corporations and businesses, individuals, public officials, and licensed professionals, including regulatory and professional licensing defense.

He has experience in defending almost every kind of criminal allegation, including drunk driving and vehicular manslaughter, assault, firearms offenses, rape, embezzlement, insurance fraud, kidnapping, environmental crimes, health care, consumer and tax fraud, and other regulatory crimes. He has represented individuals and businesses in a broad spectrum of regulatory and professional licensing matters, from medical professionals and attorneys to licensed contractors, from an engineering firm to a non-profit drug and alcohol treatment program.

Mr. Wishek is listed in the peer-reviewed publications Best Lawyers in America and Northern California Super Lawyers, and he has received an AV rating from Martindale-Hubbell, the highest rating available from this peer-reviewed publication. He has successfully litigated numerous precedent-setting cases for the benefit of his clients in the Court of Appeal and California Supreme Court.

Mr. Wishek is an adjunct professor of law in the trial practice program at the University of California at Davis School of Law, and frequently serves as a presenter on a variety of legal topics in the areas of criminal defense and trial practice. Mr. Wishek serves on the Board of Directors for Clean & Sober, Inc., which provides housing and support services for homeless persons in recovery.

This program is available for both Self-Study and Participatory CLE.*

*Participatory CLE:  For those states that make a distinction between self-study and Participatory CLE (CA, IL, NY), please write down the Verification Codes read out during the program by speakers or our announcer and email them to us at info@pincusproed.com and we will issue your Participatory CLE certificate.

Self-Study CLE certificates are already included in your recorded package, in the “Materials” Folder.